The only redeeming point in that god awful movie Interstellar is possibly the scene between Matthew McConaughey’s character and his on screen daughter, where he explains the reason why he named her Murphy. His daughter, Murphy, is very upset because she believes she was named after something that is bad. 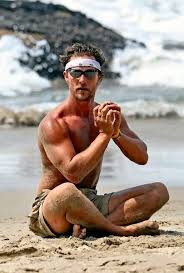 To calm her down he explains that murphy’s law means whatever happens will happen and that’s fine with us. This clearly echoes the points found firstly in Case 6 of the Blue Cliff Record where Unmon cuts through our fruitless discursive judgmental thinking with ‘Everyday is a good day’. This is a consistent theme or point in zen literature. Another example can be found from the voice of Linji, where he states: ‘I dislike nothing’ or ‘There is nothing I dislike'.

It is our desire to change reality or to crave things getting better that enact sod’s law or murphy's law. If the grass is always greener then any event or endeavor is doomed. If we just accept reality as it is how can things turn out badly? Things, events, turn out as they are. Events, past, present, future as they are, are beyond judgement and are not even separated by time. Judgement in this instance is not only fruitless but not even nearly accurate. When we want something out of our reach it’s more likely than not going to come to fruition. We crave. We desire - endlessly. Therefore what sense is there in living a life of continuos craving and desiring things that one will never attain? What sense is there in not accepting things as they are?

This mindset is not to be confused as passivity or a giving up and accepting everything as good whether it is bad or not. It is not looking on the bright side of life. It is, to reiterate a shift away from discursive judgmental thinking. If we accept things as they are we have a better chance of seeing things as they are, right? As Zen Master  McConaughey states: ‘whatever happens will happen and that’s fine with us’.
Posted by Michael O'Brien at 10:59 No comments:

full moon -
playing your voicemail
over and over

autumn hues -
the sound of rain
on a child’s balloon

autumn dusk -
the strawberry patch
in its second red

Join me on google+ for meditation
Posted by Michael O'Brien at 07:00 No comments:

under this moon
even a cormorant
has a home

Posted by Michael O'Brien at 09:38 No comments:

So I presume we’ve all noticed this by now to varying degrees. Things come up when we sit. For some of us, myself especially, I notice, I really notice and focus on the bad stuff. It's almost impossible not to. Sometimes it seems that’s all that comes up. Those stupid things we said. The smart things we didn’t say. The love we didn’t receive. The love we didn’t give. Loosing your shit. So on and so on in this big and ever so unimportant drama through phenomena.

Now my past wasn’t all that bad. No one’s was. That’s not to say some people haven’t had horror and trauma in their live’s, but there was probably some moments of bliss in all our lives, even if they were very small and fleeting, even if it was just a gentle spring breeze that one time in late May. So why do I, and many other people I know, doing this thing we do, seem to only access the bad or at least the majority of things that float up between breaths, seem to be bad?

A fundamental point we can take from Buddhism and Buddhist teachings to help us understand this is that one should look very closely or carefully at things that seem to exist in a duality or in contrast to something else. When I look closely or I examine the things coming up when I sit, up in this moppy dome, it is not my reality. It’s gone - at best it is a representation of past events. It’s a time not necessarily of anything except a subjective interpretation of a moment that I might, or might not have been, in some time, but not time. And what of time?

Lou Reed famously crooned that love is turning time around. There is an opportunity to love ourselves when we sit and to turn time around. Be gentle.  Let that shit go. Rather than focussing and obsessing on the dark shit that floats to the top we can choose to observe it and let it go returning to the breath. Just following the breath in time. Observing. And what exactly does following the breath reveal?

Posted by Michael O'Brien at 09:04 No comments: